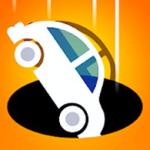 Yumy.io is a Skill game on abcya xyz. You can play Yumy.io in your browser for free. Yumy.io is the super fun battle royal game in which you are competing against other online players in a game that will test your abilities to react and think quickly.

Yumy io is a Hole io clone with extra modes, you play for a little black hole that try to eat everything on it's way. Join, fight with enemies and be the winner!

In the game, you can collect points along the way, but avoid touching other players in case you get killed. Have fun in this classic style game!

And if you love this game, play some other games like Snake Pro and Spinz IO at http://abcya.xyz to have more relaxing moments in life. I bet that you will experience many interesting things with this game. Are you ready to start the game? Do not worry because the game is very attractive. Let's go!

The idea of Yumy io is to grow the hole to the maximum size. Begin eating small object and at level up the hole will grow a bit. If you're bigger that your enemy you can even eat him!

Unlike similar io games, Yumy io has 3 modes. First one is a classic one. It means that in 2 minutes you compete with other players for the objects trying to eat as many as possible. Seond one has now round time, the game ends only when you die (when someone eats you). Last one (Ego mode) is a competition with yourself. Try then all.