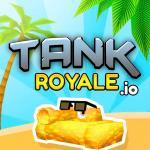 TankRoyale.io will be one intense gaming world from ABCya xyz game in which your battle against other tanks never stops, even if you are having the upper hand of the game. Each player gets assigned their tank to fulfill the task of hunting down the others and gain the top rank on the board. It's best if you can be the last one standing on the game, with no other player joining on the same game. The key of this game is to be quick on your feet to think of the new movement so that you can attack better.

Either choose a tactical method of invading the landscape to get a grip on the overall territory or come up with a way to shoot down the other immediately. Whichever you select, make sure that your tank can be alive long enough to defeat the others or escape their attacks. Once you manage to win some matches, you will be able to start collecting coins to use for in-game powerups, ranging from new weapons, faster boosters, a better hull, a more reliable engine, or customize any parts according to your usage.

Hop into this battle and share it with tons of other players thanks to the multiplayer gaming option. How fast you can defeat other tanks without letting them shoot at you? As the brawl unfolds, your job is to manage the risks and the locations of other tanks while trying to take your territory quickly. Let us introduce you to some unique explosive ammo, rockets, guns, rifles, mines, and aerial strikes to use to your advantage. How good is your defensive line? Get into more risky games such as Jump.io and ev.io from our free collection at https://abcya.xyz/!

Use W, A, S, D, or ARROW KEYS to move, aim and shoot using the left mouse cursor.