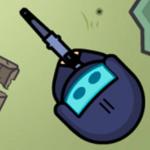 Shotz.io is a magnificent multiplayer game in which you take control of a single character and try to eliminate as many players as possible in the fighting arena.

Play Shotz .io, a cool top-down multiplayer online shooting IO game about killing and surviving. Choose a kind of unit, like a sniper, assault, rocket launcher and many others, and enter a battlefield with other players fighting to be number one. Kill other players to earn upgrades and wear the crown of the king of the match until some other lucky guy gets to shoot you down. Avoid being caught by the limits of the map which start sliding closer from time to time. Hide, run and kill to be the last man standing and enjoy Shotz IO!

And if you love this game, play some other similar games like Oceanar .io and Limax. io. Spend your friend's weekend time to discover more exciting games. Have fun at http://abcya.xyz/!