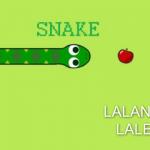 Fan of classic games? Fan of IO games? Say no more, play this awesome Classic Snake .io multiplayer online game and try to become the largest snake on the screen. How to play? Just use your arrows or the WASD keys to control the snake in all 4 direction and the left click to boost. It’s just like the good old Snake game, only with lots of other players from all over the world. Eat orbs to grow and kill other snakes by getting on their ways to absorb their orbs to grow even larger.

ClassicSnakes.io is a version of the world-famous snakes game in which you control a pixel snake and must navigate around the play area collecting food. Just like the original snakes' game you are required to collect food to make your snake grow longer, this also increases your game score.

However in this edition, the difficulty is increased as you must not only avoid your own body whilst moving around but you must avoid the other snakes that are collecting food also. Another cool factor is the boost button, you can move super quick by using this however you will decrease in length as a result.

In addition, ABCya games also update other shooting games that you cannot ignore when playing online games like Goons .io and Agar .io. Move carefully and knock down enemies with your guns as fast as you can. You will become the best gun in the world!